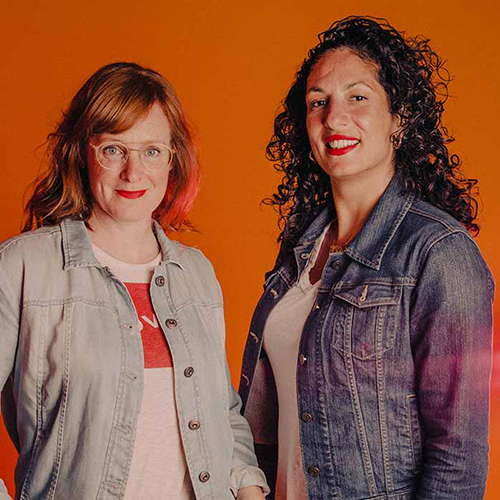 The El-Salomons take the motto ‘make love not war’ very personally. Jess Salomon, a Jewish-Canadian comedian, and Eman El-Hussieni, a Palestinian-Canadian comedian who have each performed at dozens of festivals and appeared on several television shows, take the stage together since their marriage in 2016. While never shying away from their differences, the El-Salomon’s bring a fresh perspective hilariously demonstrating how love, and a good sense of humor, can triumph over animosity.
(Ages 18+)

Ticket includes pre-show celebration with food and drink at 7:00 PM

Presented by StandUp! Records
Presented in partnership with the Consulate General of Canada

This performance will be ASL-interpreted.

We provide opportunities to people of all ages, abilities, races, backgrounds, genders and sexual orientations for inclusion in all programs.