Limited only by their runtime, short films transcend traditional storytelling and are an important part of cinema, storytelling, and culture. Our first Shorts Block offers an extraordinary array of documentaries, featuring five films ranging from a touching journey to motherhood, to a musical documentary, to raw stories of social justice and faith. Films include Matriarchs, Healers of Faith, Reawakening, Braided Prayer, and A Promise to our Fathers. 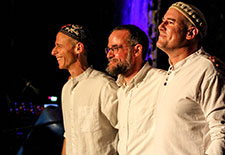 In 2011, in response to the rise in anti-Muslim and anti-Semitic violence in the United States and around the world, three renowned musicians, from three different religions, formed a band called “Abraham Jam.” They hoped to do more than simply exchange ideas and art; they wanted to create music that braided these traditions and worldviews together in harmony – not singing the same notes, but singing notes that resonate. They wanted to respond to interreligious hatred by modeling a better way. This journey would include explorations of the commonalities and the differences in their faiths, searching to create a common voice that highlights the unique strengths and beliefs of each musician and each tradition. Braided Prayer is a documentary film that follows these three musicians, Billy Jonas (Jewish), David LaMotte (Christian), and Dawud Warnsby (Muslim), during the creation of their 2019 album “White Moon” and two concerts to celebrate its release. 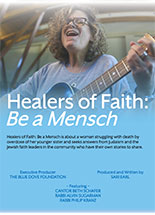 Healers of Faith: Be a Mensch

Director: Jacob Ross I United States I 2020 I Documentary I 9 min

A woman struggling with death by overdose of her younger sister seeks answers from Judaism and the Jewish faith leaders in the community who have their own stories to share. 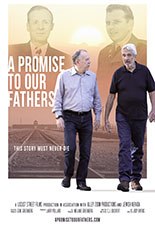 A Promise to our Fathers

In 1958, two nine-year-old boys meet as neighbors & become best friends. Their fathers each experience the hell of war, one as a victim, the other a liberator. It was a promise to their fathers to share their family stories to make sure the world never forgets. 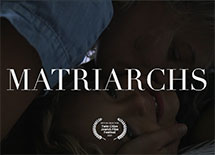 Director: Marissa Roer I United States I 2019 I Documentary I 14 min

From surrogacy to seemingly endless rounds of IVF, Matriarchs follows four Jewish women named Rebecca, Sara, Rachel, and Leah on their journeys toward single motherhood. Raw, vulnerable, and honest, each of the four women has a touching story that you will not want to miss. 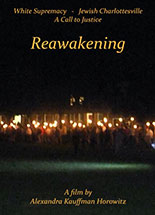 Director: Alexandra Kauffman Horowitz I United States I 2019 I Documentary I 8 min

Three years ago, white supremacists came to town chanting neo-Nazi slogans and rallying just outside their congregation. Since then, members of Charlottesville’s only synagogue have been on a journey against hate. At times, the journey required self-reflection. At times, it required communal action. But no matter what form it took, Charlottesville’s Jews found that standing up for themselves meant standing up for justice in the broader community. Reawakening documents their journey. Through interviews with rabbis and congregants, the film explores how the white supremacy they experienced transformed their understanding of themselves and their city — and how it intensified their commitment to social justice.